Collaboration with Tomasz Trzupek for Gardens of Peace Hauts-de-France.

The D937 between Souchez and Neuville-Saint-Vaast cuts through the landscape in an almost straight line. The view over the open fields on both sides of the road is far and wide, interrupted only by the occasional farm or thicket. On the fields, the crops grow, the seasons change and the clouds drift by. In this vast openness, a grove of trees anchors the Czechoslovak and the Polish monument in the landscape.

The image of this landscape brings to mind the late 19th-century works of Aleksander Gierymski, Jan Stanisławski and Jacek Malczewski. In a time when Poland was divided between Russia, Prussia and Austria, these painters helped define Polish national identity through their works. Despite the country’s partition, they drew inspiration from national history, landscape and everyday life to shape a sense of ‘Polskość’ or ‘Polishness’.

At the end of World War I, for the first time since 1795 Poland appeared on the map as an independent, sovereign state. This lasted for twenty years, until the nazi’s invaded in 1939. This interbellum, known in Poland as The Twenty Year Period, was a time of peace and hope for the nation. Our proposal Le Jardin Bleu  tries to capture this feeling in a garden.

A garden is defined by its boundaries. The French word jardin and the Polish word ogród  both refer to boundary, enclosure or fence. Le Jardin Bleu  follows the contour of the  Polish borders in The Twenty Year Period. The shape, visible on the information sign as well as on maps and aerial photos we all use to navigate, is different from the Polish border people know and recognise today. It raises questions about who defines the border and what makes a nation.

The border is created out of a straightforward wooden construction, archetypical in its materiality and shape. Tarred wooden poles are driven into the ground. On these poles, wooden strips are attached in a diagonal way, creating a semi-transparent framework reminiscent of the Gierymski painting ‘Study to the Gazebo’. This way, a series of screens is composed, together creating the contour of the Polish interbellum border.

Several openings offer glimpses towards the surrounding farmland. Depending on the season, the garden sits in a field of brown clay, a sea of waving barley or in the bright yellow glow of flowering rapeseed. The relation with the surrounding farmland and especially the change of this landscape along the seaons is a crucial element to the existing monument and the new garden. Where the monument and the garden cut out a moment in space and time to reflect, the forever changing landscape shows, despite all the horrors that took place here, how life always carries on.

Inside Le Jardin Bleu, the visitor encounters a sea of plants. Along the border a multitude of places is created, some large and open, some small and enclosed. Benches offer an opportunity to rest and reflect. Three paths wind their way through the planting, marking the former the division between parts of Poland taken by Russia, Prussia and Austria.

The plants in the garden all have blue and grey colours, referring to the nickname of the Polish army, Armia Błękitna. Where the pine trees and the hedge of the monument are more static evergreens, this planting is dynamic and constantly evolving. In spring and summer, the garden will be full of hope and promise, reminding of the prospering period of Poland after World War I. In autumn and winter the flowers fade, revealing the silhouettes of the plants, waiting for the time to flower again.

In Le Jardin Bleu, the existing monument remains visible in the background; a reminder of the war and the soldiers that made it possible to live in peace today and build this garden. The monument honours the fallen soldiers, Le Jardin Bleu  shows what they fought for. 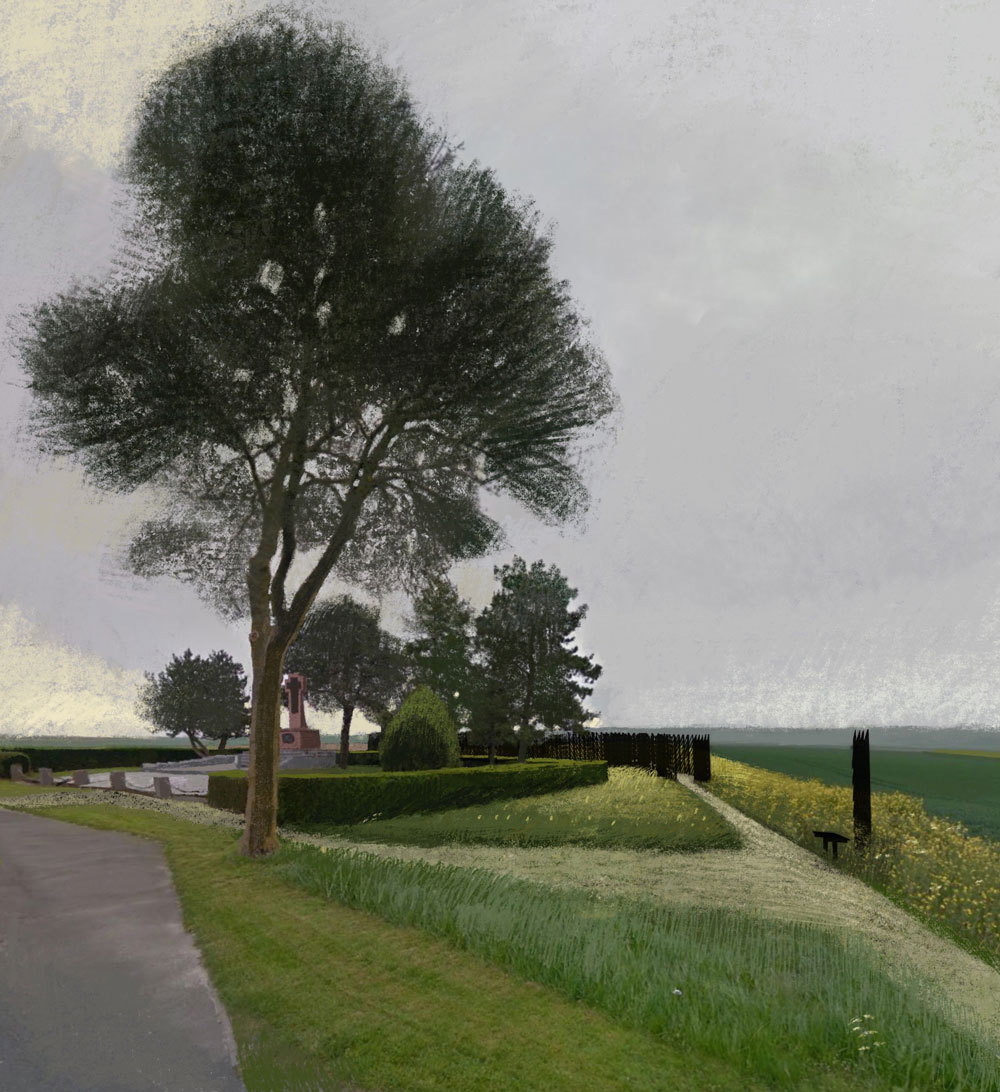 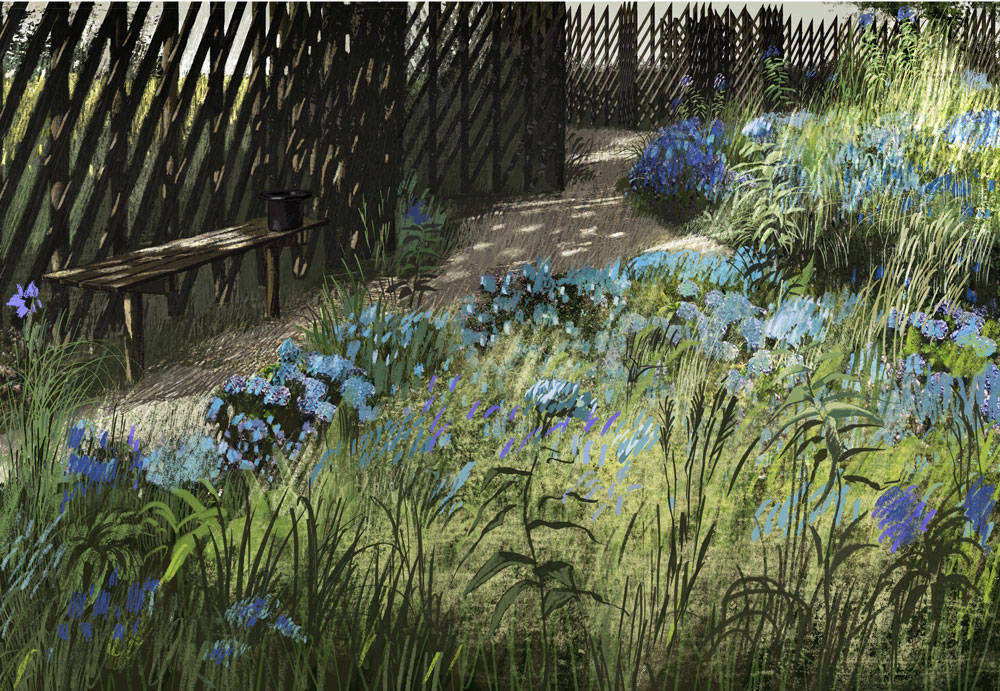 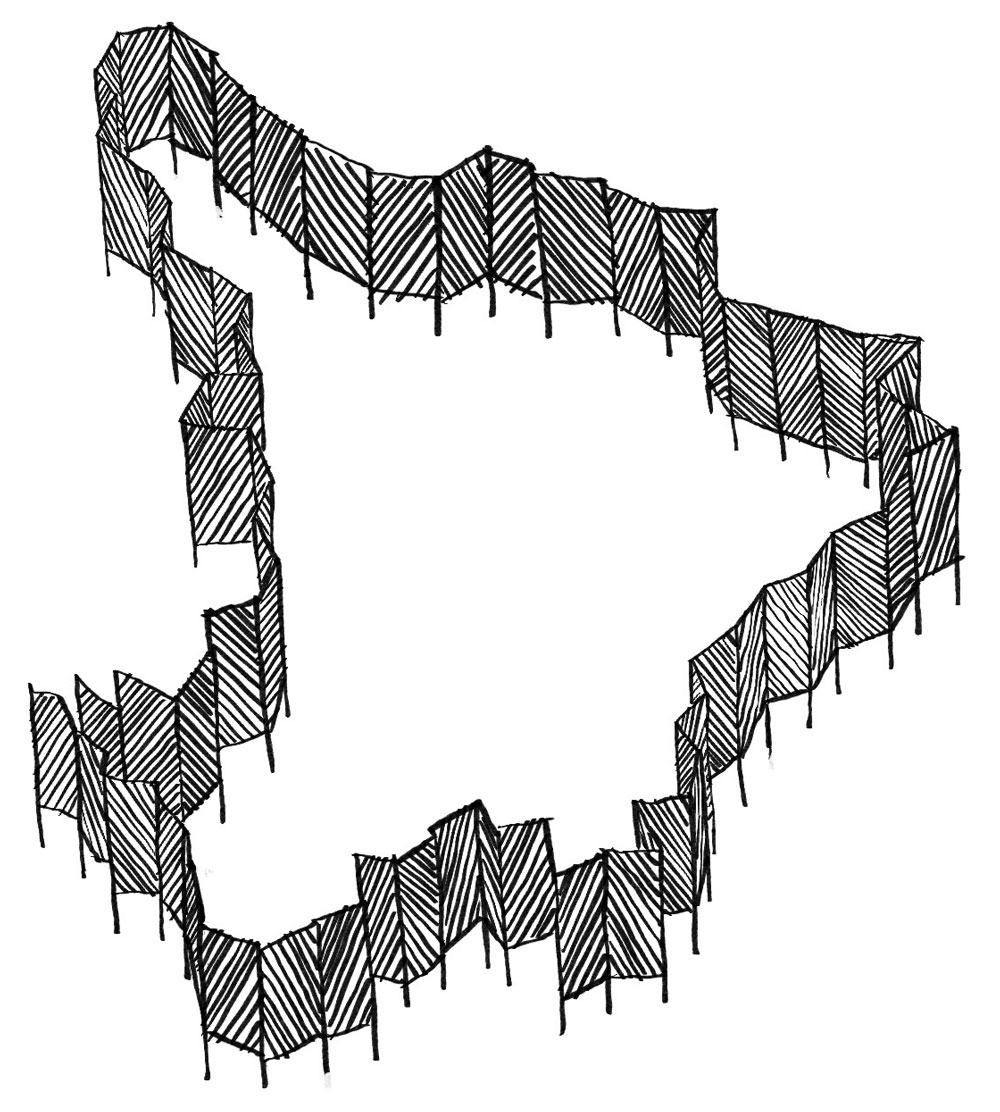 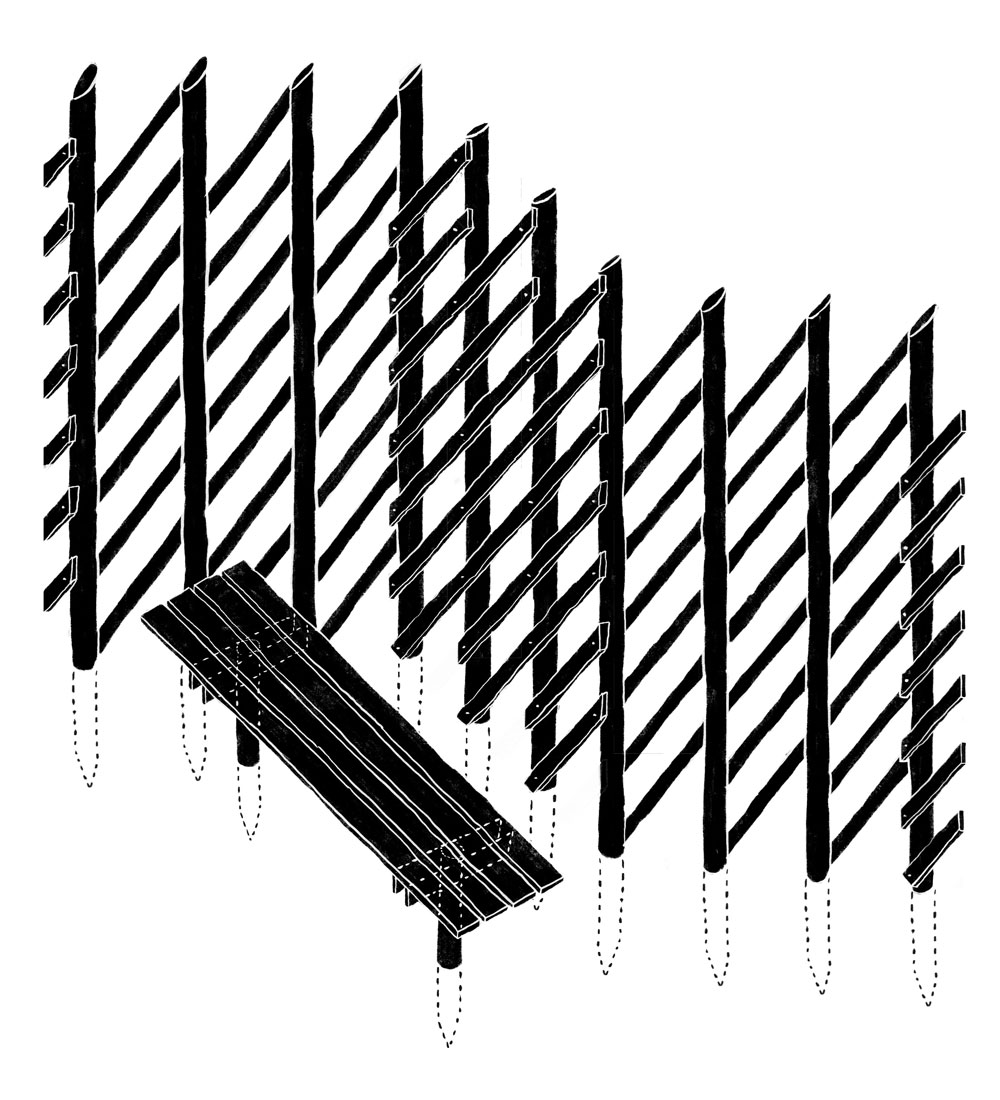 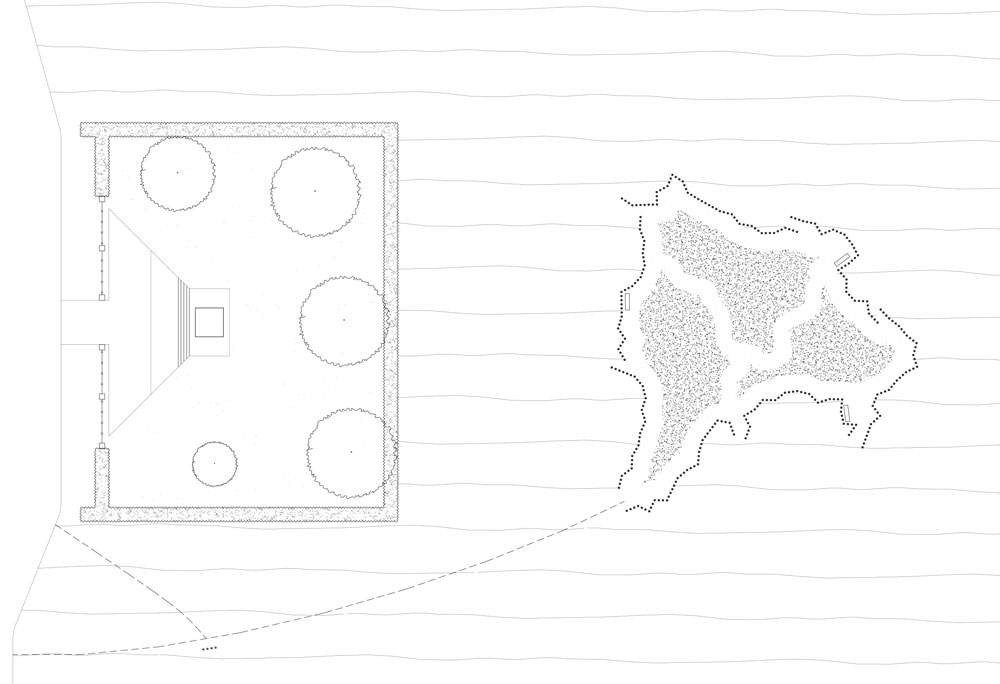 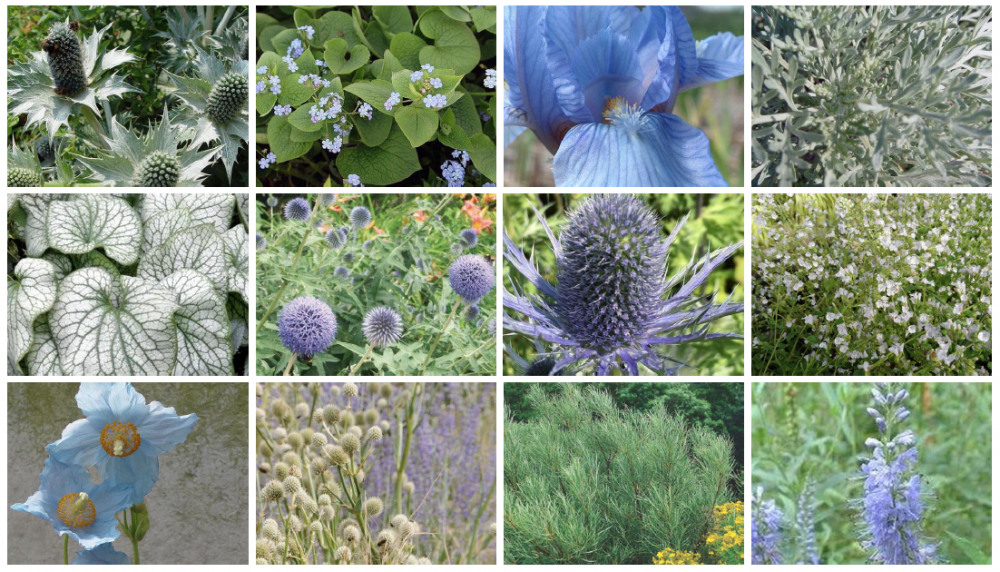