Entry for Ragdale Ring completion, in association with Studio Arntzen.

On Ragdale Estate, Shaw was both architect and landscape architect. He embedded the Ragdale Ring carefully on the estate, in a line of sight with the well and the vase on the stage. With just a circle of evergreens and a lowered grass floor, Shaw created a room of nature. The columns and the vase form a triangle, creating a place for performances, with grass for a floor and sky for a ceiling.

We designed a theater based on the essence of the original one; a green theater, embedded in the structure of the estate, composed of plants, with architectural elements defining the stage. While the original theater was planted with evergreens, we propose to construct the theater with a fast growing, spectacular, diverse and colourful material: local prairie plants.

Prairie Theater consists of a circle, a square and a triangle. The main shape, the circle is formed by a ridge with prairie plants growing on it. The prairie plantig changes throughout the whole season. Low and mostly green in spring, high and rich in color, shape, texture and smell in high summer and golden, dried out near the end of the season. Even without a performance, the circle is an ever-changing theater of nature, with always something on show.

Contrasting with this natural circle is the highly designed stage set, a square space of 6 x 6 meters. On the stage three vertical elements form a triangle, referring to the original columns and vase. Stage and columns have bold graphic patterns, enhancing the contrast between natural planting and graphical stage set. The columns are contemporary versions of the original ones. Instead of a fruitbasket, a perspex blue cube, playing with the sunlight. Centerstage, the vase is translated into a central pole with the Ragdale flag. In between the columns and the central pole a tarp can be hung, printed with a pattern similar to that of the columns, covering the performer from rain or sun. 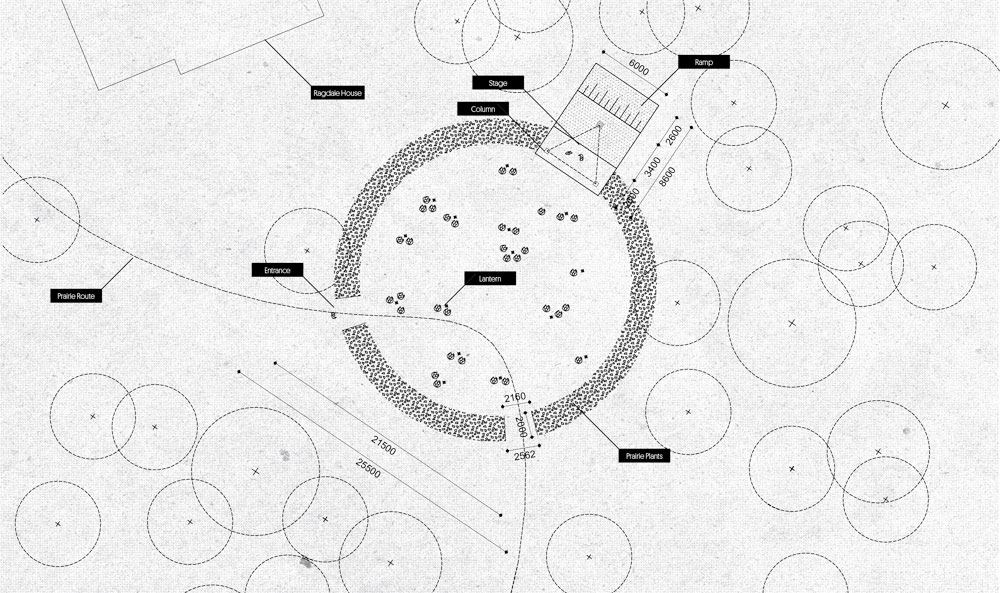 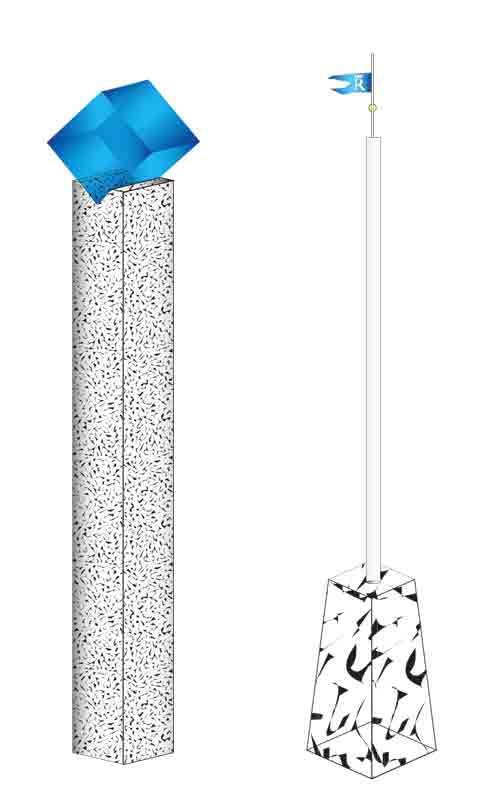 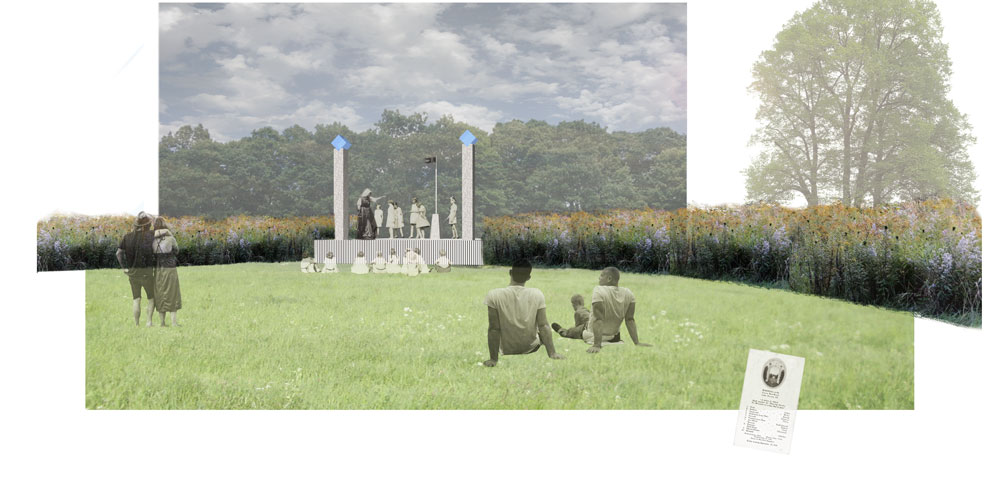